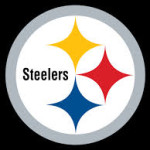 The Pittsburgh Steelers added six more former college football players to their 2019 draft class during the third day of the NFL Draft on Saturday.

The team also announced on Saturday that contract of linebacker Jon Bostic had been terminated.  Bostic started 14 games with the team last season, and finished with 73 tackles.