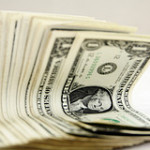 Have you started saving for retirement?

It’s a big problem for many Pennsylvanians- and it’s catching the attention of key state lawmakers.

Some are now writing legislation to create a potentially sweeping retirement savings program that would be administered by Pennsylvania’s Treasury Department.

There are an estimated 2.1 million people in Pennsylvania whose employers do not offer retirement savings accounts or pension plans. And, the state’s retirement-age population is projected to balloon in the coming years as its working-age population shrinks.