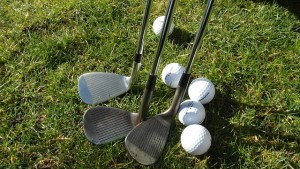 Former Denver Broncos owner Pat Bowlen died Thursday night at his Denver-area home after a years-long battle with Alzheimer’s disease, just under two months before he was set to be formally enshrined in the Pro Football Hall of Fame. He was 75.

The Toronto Raptors won their first NBA championship in franchise history last night with a 114-110 win over the Golden State Warriors in Oakland for a four games to two NBA Finals victory. Kawhi Leonard, who was named the NBA Finals MVP, scored 22 points, Kyle Lowry had 26 points, and Fred VanVleet also had 22 points.

The two-time defending champion Warriors, already depleted by injuries, lost Klay Thompson late in the third period, when he left the game with 30 points after tearing the ACL in his left knee.

British golfer Justin Rose is at the top of the leaderboard after the opening round of the U.S. Open yesterday at Pebble Beach in California. Rose shot a 6-under 65, tying the U.S. Open record at Pebble Beach for the lowest round, and putting him one shot ahead of four players tied in second place, Americans Rickie Fowler, Xander Schauffele and Aaron Wise and South Africa’s Louis Oosthuizen.