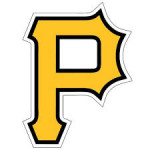 Pirates Come From Behind to Beat Athletics The Pittsburgh Pirates beat the visiting Oakland Athletics on Saturday, winning by a final of 6-4.

The Buccos were behind the Athletics for much of the game, but were able to secure the lead following a big three run seventh inning.  Josh Bell finished with two hits, two runs, and three RBI, and Gregory Polanco and Bryan Reynolds finished with two hits each.  Trevor Williams started on the mound for the Bucs, and pitched six innings, and allowed eight hits and four earned runs while striking out five.

The Pirates and Athletics will wrap up their series Sunday afternoon in Pittsburgh.  You can catch all of the action, starting with pregame coverage on WISR 680AM.  First pitch is scheduled for 1:35pm.

The post Pirates Come From Behind to Beat Athletics appeared first on ButlerRadio.com – Butler, PA.