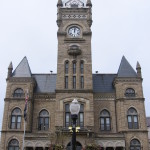 PFA Filings on the Rise in PA

After years of steady decline, protection from abuse filings have risen in recent years, according to Pennsylvania’s Judicial System.

Protection from abuse orders—known as PFAs—are used to help protect victims of domestic violence. New data released by Pennsylvania Courts show that over 39,000 PFAs were filed in 2017, a number that has increased by five percent over the last four years.

According to the latest information, Butler County had 538 PFA cases available to be processed—which is just above the average number of cases seen by other counties similar to Butler’s size.

Additional information on PFA statistics is available online at pacourts.us

The post PFA Filings on the Rise in PA appeared first on ButlerRadio.com – Butler, PA.