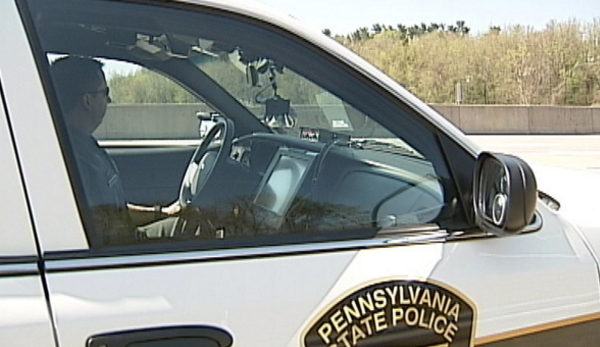 A call for a car sitting idle on the side of the road turned into an aggressive battle for state police.

An officer approached the car driven by 44-year-old Aaron Joyce of Slippery Rock. When questioned by police, Joyce began huffing a can of dusting spray and then tried to drive away. However, the police officer was able to take the keys and called for backup.

Police say it took six officers to pull Joyce from his vehicle—and at one point Joyce attempted to grab one of the officer’s guns.

He was taken to the hospital for evaluation and a blood draw before being placed in the Butler County Prison.