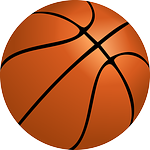 Morton also was recognized by MaxPreps as one of the nation’s top juniors.

–Mars defeated Shaler 1-0. Planets senior Shane Fox tossed a one-hit shutout. With the victory, Mars improved to 8-4 overall, 3-2 in section play and into a second-place tie with the Titans.

College Notes:
–The Slippery Rock baseball team has struggled this season, and were swept by Mercyhurst in a doubleheader Monday at Krill Field at Historic Pullman Park. The Rock were no-hit in the opening game, a 2-0 loss. Butler native Wyatt Daugherty took the loss, allowing just the two runs on five hits over five innings. The Rock lost the night-cap 11-6. SRU is now 12-21 overall, but 3-15 in the PSAC.

Former Slippery Rock University pitcher Lou Trivino, now a reliever with the Oakland Athletics, has a thumb injury and is sidelined. Trivino has had an excellent start to his season posting a 1.42 ERA. He has struck out 16 batters over 12-2/3rd innings.